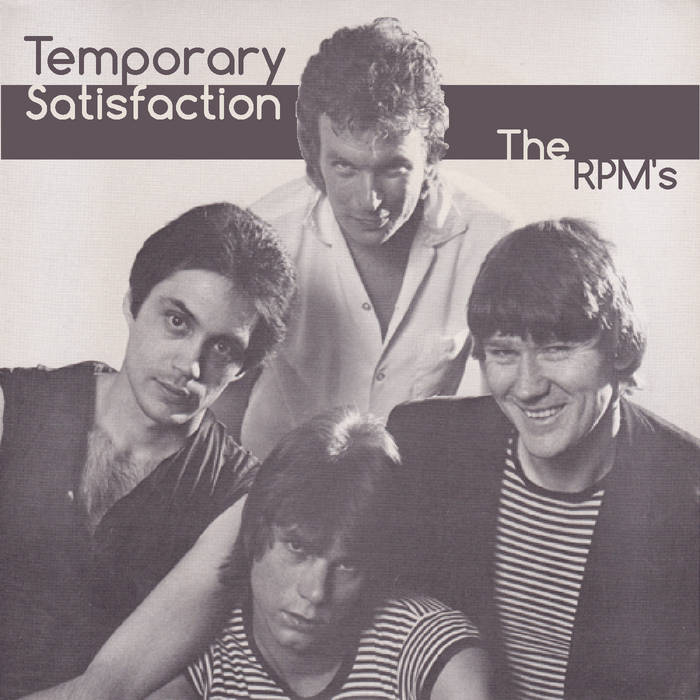 Denis Laing migrated to Milwaukee from Scotland in 1976 with his wife and kid. After taking up a menial job at a hospital, he met a fellow employee name Brent Mireau. After realizing they both shared similar musical interests, they decided to form a band. Brent then recruited Jim Virgili on lead guitar while Denis rocked the bass and Brent played rhythm. The three started off as a cover band called The Ravers and played with different pick-up drummers along the way. Their repertoire consisted of material by Nick Lowe, Elvis Costello, Squeeze and others in that vein.

Around the end of 1979, Denis and Brent visited London and hung out with some of Denis' old friends who were now playing in The Ruts. Seeing what was happening in England at the time inspired them to start doing original material. With Laing at the helm, writing songs and singing lead vocals, they recruited a drummer named Rob McCuen who had recently moved to Milwaukee from Champagne, IL. Rob was friends with Jill Kossoris of the Shivvers and had once sat in with the guys during a jam session at Jill's house. With Rob officially on board, they became the RPM's.

The band recorded a 7" with two songs penned by Laing. The A-Side, "I Don't Wanna Be Young," in which a tale of a young lover's heartache is brilliantly complimented with top notch back-up vocals and excellent harmonies. The B-Side, "Loved By You", features Mireau sharing vocal duties with Laing and showcases a bit more angst than the previous cut, while maintaining plenty of pop sensibilities and equally stunning harmonies. These two tracks finish up the entire album featured here, Temporary Satisfaction.

While this album was never released, the single record was released on vinyl near the end of 1980 in an edition of 500 copies on the band's own Hit-Man label. The plant misspelled the name of the first track on the labels and had to paste the correct title on every copy of the record.

Some time after the single was released, they decided to replace Rob because of personality clashes. They brought in a charming bloke named Jim Kozewski (later coined St. Patrick) and continued on. By this time the band was rehearsing 4-5 times a week and becoming extremely tight. While making plans to record a full length LP, Denis insisted they just practice the music and don't do any vocals at their rehearsals. This tactic lead them to be able to record most of the music tracks for the album in a single day.

Soon after the sessions were completed, Denis was laid off from his job and an opportunity arose in Florida. The band broke up and the full length LP (which they are all very proud of) remains unreleased to this day. Here it is; please enjoy it!! And our apologies for the low quality of the recordings!

Brent still lives in Milwaukee and has continued playing music in various bands through the years including Beat Sector, Slacker and Echo Park. Denis still lives in Florida and currently plays in a cover band doing country music. Rob is still active in the Milwaukee scene.

The RPM's sole single, featuring "I Don't Wanna Be Young" and "Loved By You", was reissued last year on Sing Sing Records and is currently available through them.

Songs are performed by:

Originally from Aberdeen, Scotland, Denis has been a lifelong songwriter and musician, generating a huge catalog of material ranging from pop punk to country to singer-songwriter genres. He has also been a huge inspiration to his children, both of whom are musicians and songwriters themselves, simply in admiration of their father. ... more

Bandcamp Daily  your guide to the world of Bandcamp

Cannibal Corpse's George "Corpsegrinder" Fisher stops by for an interview